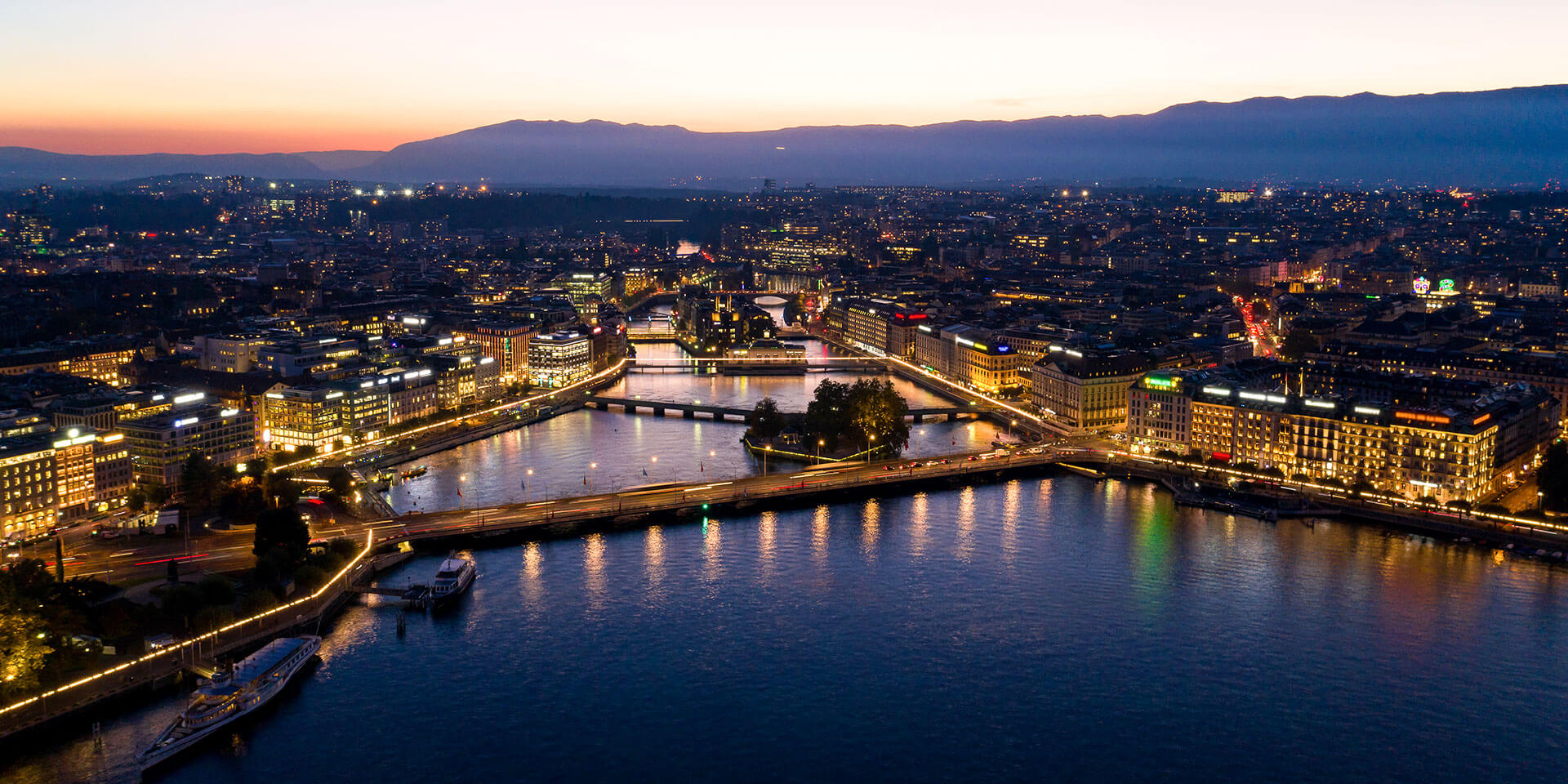 Geneva City Camping Bois de Bay is located in the heart of the Swiss city of Geneva. By staying in this city, you will have the advantage of appearing in a medieval atmosphere and enjoying several discoveries. Admire the castles, the beautiful mansions on the two shores of Lake Geneva, amusing boat trips on the lake, or to swim in the crystal clear waters of the Rhône river, which passes through the historic old town of Geneva City.

During your stay at Geneva City Camping, you must not miss the opportunity to take the 4-minutes cable car journey up to Mont-Salève. On the top, you will be rewarded the breathtaking and magnificent panoramic views of Geneva City, Lake Geneva, as well as the cable car station which is a real architectural gem dating back to the 1930s. Also while big on the top of the mount, you will have the chance of renting snowshoes and sledges, to make the most of the massif. This cable car is also the ideal starting point for mountain biking, hiking and climbing. The Mont Salève is a perfect place with its three take-off sites for paragliding.

The city is dominated by the St. Pierre Cathedral, located at the height of 404m above sea level, on the hill overlooking Geneva. It offers beautiful panoramic views to the visitors, besides, during Reformation in 1535, the Cathedral became a place of Protestant worship.

Stroll through the charming alleys and visit the parks of Geneva, such as the Parc des Bastions housing the famous Reformation Wall, another renowned park is the English Garden, located on the shores of Lake Geneva.

Discover this charming little town, located on the south-east of Lausanne, on the shores of Lake Geneva. The Romans found Nyon on Julius Caesar’s reign. The city is home to many cultural fortunes of national significance, such as Nyon Castle (Chateau de Nyon) with its historical museum and its porcelain. Other sites are the Reformed Church of Notre Dame, Nyon Roman Museum, the Lake Geneva Museum (Léman Museum) and the Ferme du Manoir. Important to mention the largest open-air music festival in Switzerland - the Paléo Festival, an annual event takes place in July, as well as the Festival of performing arts in August.

It is world-known that Switzerland produces the most delicate and refreshing wine. Therefore, the best way is to dedicate a visit to Domaine de Beauvent to get a tasting session of your own. It is a traditional family territory located in Bernex in Geneva metropolis.

Vineyards prolonged on 16 hectares and optimum environment for winemaking to guarantee the production of the most excellent Swiss qualified wines while enjoying the breathtaking views of Geneva and its surroundings. Pay a visit to the cellar and delve into the various wine types offered here.

Lake Geneva is the largest lake in Western Europe. This beautiful lake is originated of a glacier at an altitude of 372m, and located on the border between France and Switzerland. The crescent-shaped lake offers a wide choice of activities, swimming, strolls or visits. Do not especially miss the tour of the pretty and small fourteenth-century medieval village, Yvoire in France. This pearl on the French shore of the lake is classified among the "Most Beautiful Villages of France" and received the national flowering prize. Take a cruise on the lake and make an excellent stopover in the Middle Ages. You will also be interested in the Ripaille Castle (Château de Ripaille) in Thonon-les-Bains, France - the former residence of the Dukes of Savoy. The spa town of Évian-les-Bains, the Thonon-les-Bains funicular, it is the only cable car in the world where the two cars pass each other in a turn. As for the Swiss side of the lake, you can discover the majestic Chillon Castle (Château de Chillon) which has become a source of inspiration for several writers, such as Victor Hugo, Alexandre Dumas, Lord Byron, Jean-Jacques Rousseau or Gustave Flaubert.